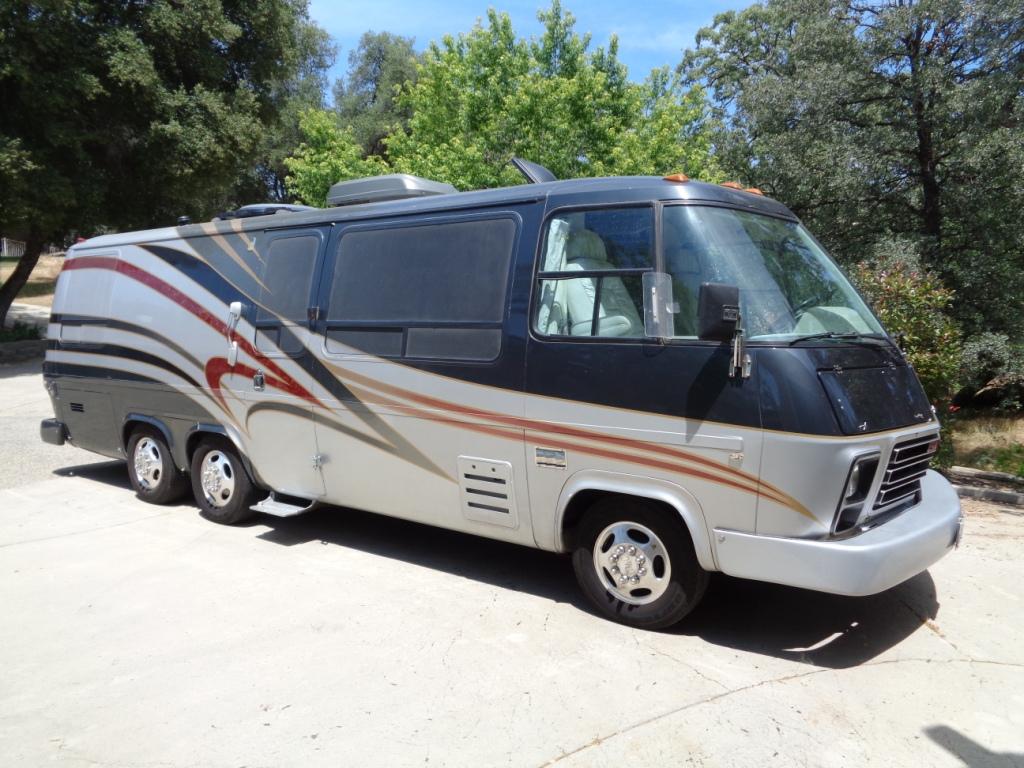 I’ve been looking at a lot of videos about Sprinter van conversions, mostly because I’ve got a major league surf jones that I can’t do much about, because I just had carpal tunnel surgery on both hands, and the doc says NO for about 6 more weeks. But the more I looked, the more I realized that what I REALLY wanted was a GMC motor coach. “A what?” you might say. Yes, GMC made motor coaches, from 1973 to 1978. If you’re not familiar with them, read the Wikipedia entry: wiki:GMC_motorhome. I’ve always throught they were the closest thing to a perfect RV. Sure, the technology is out of date, but the construction methods and design have never been bettered. They were expensive in the 70’s, and most of the (more than 70 percent) are still on the road today.

Diane hated the idea at first, but I showed her a few pictures and talked about having some adventures. She started to warm to the idea. I’ve found that I can’t push this lady into anything, but some seeds take root and the grow by themselves. This one grew startlingly fast. Soon she was showing me pictures of coaches she liked, talking about mechanical issues, looking at interiors, and making plans. I was looking at the cheap end, assuming everything was rip and replace. She was looking at the higher end, saying we’d be better off with a solid place to start with. I did the math and decided she was right.

So we found one, owned and cared for by an engineer and his enthusiastic wife. He recently turned 90 and had a stroke, which effectively ended his ability to use and maintain a coach they enjoyed for nearly twenty years. They bought the coach they called “roadrunner” in 2004 and turned it over to a well-known restorer for a complete makeover. Two things that I liked were the high-quality disk brake conversion on the four bogey wheels that solves some known problems, and fresh engine rebuild by a reputable mechanic less than 5000 miles ago. The interior was nice, if crowded and dated, and the auxiliares were good quality and fairly new. We paid a little more than we probably needed to, but I could see the value though I figured a lot of the interior would need to be redone.  We sent the money and I flew to Fresno to pick it up and drive back–through the smoke and detours of the worst western fire season in recent history. The coach performed very well. the steering is a little vague, but the to primary concerns I had: Overheating going up the mountains, and brake fade coming down, were never a problem. The steeing is a little vague, the gas mileage isn’t great, but there’s nothing here a little TLC can’t fix. And so the adventure starts.

The subsequent posts will detail what we do and why we did it. I’ll try to do some videos on some of the metalworking techniques I use, as well as the features of the equipment and materials we choose. 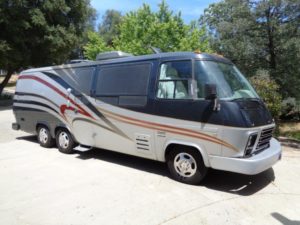 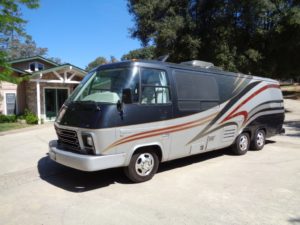 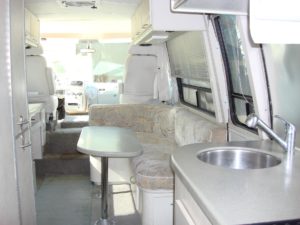